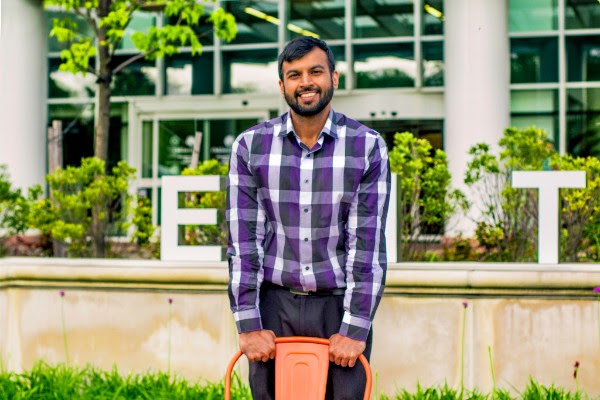 In this month’s YPC Spotliight, we talk to a local Youngish physician.

Part doctor, part basketball enthusiast, part lumber jack, and an all-around great guy. That’s Dr. Sami Ahmed. Having lived in many different places and now landing in Marshall, Sami takes to the orange chair to share with us his experiences and what he appreciates about small-town living… 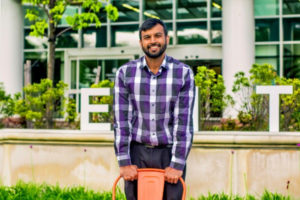 YPC: Where are you originally from?

Sami: I was born in Detroit, but my family moved to Windsor, Ontario when I was young, so that’s where I grew up. Then I moved back to Detroit when I was 17. I still have family in Windsor though.

YPC: Have you lived anywhere else?

Sami: I’ve lived in quite a few different places. While completing med school I spent some time in Charlestown, which is in the West Indies. I’ve also lived in Chicago, Sterling Heights, and now Marshall.

YPC: What brought you to Marshall and how long have you been here?

YPC: Do you prefer smaller cities then?

Sami: Definitely. I didn’t like Chicago, and (he says laughing) I actually thought that Windsor was small before moving here…Windsor has about 200,000 people.

YPC: What have you enjoyed about living in different cities?

Sami: I like being exposed to different people, different cultures. The south side of Chicago made me realize how fortunate I am. And now, being in Marshall, it’s so safe. When I interviewed at Oaklawn, everyone was so nice. That really stood out to me. I love that Marshall is a small and quiet place.

YPC: What do you enjoy about being a doctor?

Sami: Every day I get to come in and help people. What I’m doing makes a difference, and I like knowing that I’m making an impact.

YPC: Did you always know that you wanted to be a doctor?

Sami: I wasn’t that kid who grew up saying, “I want to be a doctor someday.” It’s kind of funny…I always wanted to play professional basketball, but didn’t get the height that I needed (cue laughter). I worked in a pharmacy next to a doctor’s office and that’s what really sparked my interest in it.

YPC: Can you think of any pivotal life moments that you’ve had as a doctor so far?

Sami: A lot of experiences in med school really opened my eyes to things. When I was in the West Indies, it made me realize how fortunate we are to have access to the healthcare that we have. There was one time when we had to amputate a woman’s leg without anesthesia and just a saw. My supervising physician had one end and told me to grab the other…and we took turns pulling back and forth until her leg was removed.

YPC: That sounds traumatic! It’s hard to imagine having surgery, or performing surgery on someone, without anesthesia. That’s something that we (or maybe I should say “I”) have totally taken for granted…in America you have surgery and don’t even think about whether or not you will have access to anesthesia, meanwhile, it’s considered a luxury somewhere else.

Sami: Yeah, people complain about our healthcare here, but we really are so fortunate to not have to experience things like that. 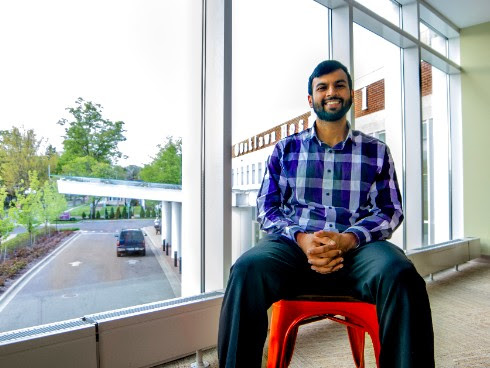 YPC: While we’re on the topic of personal reflection, if you could give one piece of advice to your younger self, what would it be?

Sami: Don’t rush through things. Take your time. Looking back, I was always in a hurry. I wanted to do the quickest residency, and I took summer classes because I was so anxious to start working. I wish I would have just taken things a little slower.

YPC: Do you have any particular motto that you live by?

Sami: Not necessarily a motto, but I think working hard and faith are important values to live by.

YPC: What’s one thing you would like to accomplish within the next year?

Sami: I would really like to establish myself more here and get involved in the community in a way that goes beyond healthcare.

YPC: Well that’s what Youngish is all about! Getting involved! Since a lot of people reading this might not know you yet, what’s something particularly interesting/entertaining about yourself that you can share?

Sami: (cue laughter) I used to be a lumberjack in Canada! A friend of mine at the pharmacy started some different companies, one of which was a landscaping company. Our first job was to demolish his house and the surrounding forest. I had no clue what I was doing…I wasn’t convinced that I would survive the three months. It’s dangerous!

YPC: Ha! Well, you know, the “lumbersexual” has become a recent popular trend. At least according to Pinterest. Did you wear a lot of flannel?

Sami: Funny! I never wore flannel. Being a lumberjack is a hard job and you get really dirty. Who wants to ruin a nice flannel shirt?!

YPC: Good point. Ok, so you can swing an axe, shoot hoops, and you’re a doctor. You’ve obviously already acquired quite a diverse and impressive skill set. If you could master one new skill, what would it be?

Sami: Multiple languages. I know a little bit of other languages, but I would really like to be fluent. Growing up in Windsor I spoke French, so I would like to relearn French and also learn Spanish.

YPC: Last question. What’s the best piece of advice someone has ever given you?

Sami: There are so many. Growing up, my dad always used to tell me that it doesn’t matter what you do, but to be honest in whatever it is that you’re doing. Be genuine.

We would like to thank Dr. Ahmed for not only his service as a general practitioner, but also for continuing to help Oaklawn Hospital provide top-notch care for the greater area (a health care provider we are proud to note was recently recognized as one of the nation’s top 100 hospitals)!

We are lucky to have him as part of our community!