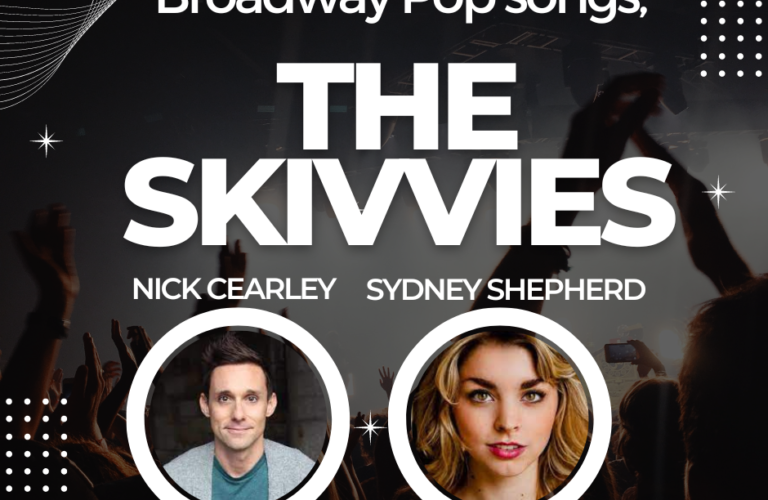 Please join us November 19th at 8pm for The Skivvies! Hosted by The Franke Center with Special Mainstage Guests Beau Hutchings, Charlie King, & Danae Lortz, The Skivvies are Nick Cearley and Sydney Shepherd, a musical comedy duo who performs stripped down arrangements of eclectic covers and eccentric originals while literally stripping down to their underwear.

The Skivvies are Nick Cearley and Sydney Shepherd singer/actor/musicians performing stripped-down arrangements of eclectic covers and eccentric originals. Not only is the music stripped down – cello, ukulele, glockenspiel, melodica – but the Skivvies literally strip down to their underwear to perform. The Skivvies were born in 2012 when they became YouTube sensations with their unique covers of artists like Robyn, Carole King, and Rihanna. The videos led to live shows, and now this “musically thrilling”, undie-rock, the comedy-pop duo continues to perform to sold-out audiences in New York and beyond.

The Wall Street Journal calls them “smart, sophisticated…ingenious,” and Out Magazine says, “The Skivvies have managed to carve out a niche that we never knew needed to exist: part Weird Al- parody and part sexy burlesque…and unusual explosion of satire and sultry.”  People Magazine named The Skivvies “The Most Playful Performers” in The Most Talked about Bodies issue and Sports Illustrated named them “Favorite New Band”.  The New York Times calls them “a hot musical comedy duo specializing in unexpected arrangements, incongruous mashups, and of course, highly toned displays of skin.” They were also nominated for a MAC award for show of the year.