Announcing our 2022 #WolfTreeFilmFestival host: John Matthew Riopelle! Riopelle is an actor, playwright, lyricist and screenwriter with an MFA in screenwriting and playwriting from Point Park University. He is the winner of the Gilman Gonzalez-Falla Musical Theater Award, a two-time Richard Rodgers and Jonathan Larson Grant finalist and a Fred Ebb Musical Theater Award finalist. His musical, “Streets of America,” with score by Tony Award Winner, Michael Rupert, was developed at The Kennedy Center for the Performing Arts, in conjunction with American University as part of their Inaugural Page to Stage Series on the Millennium Stage.

Matthew grew up in Detroit and studied acting at the Cranbrook Theater School and Actor’s Alliance Theater Conservatory. Since then he has lived in Los Angeles writing feature films, pilots (“Sullivan in Cuba,” “Blind Pig,” “Chavez,” “Left,” “The Camel Knows the Way,” & more), Broadway plays, and has a brother who is also a local artistic director and actor here in Marshall. We are excited to welcome Matthew to the Wolf Tree lineup and hope to see you all there next year! 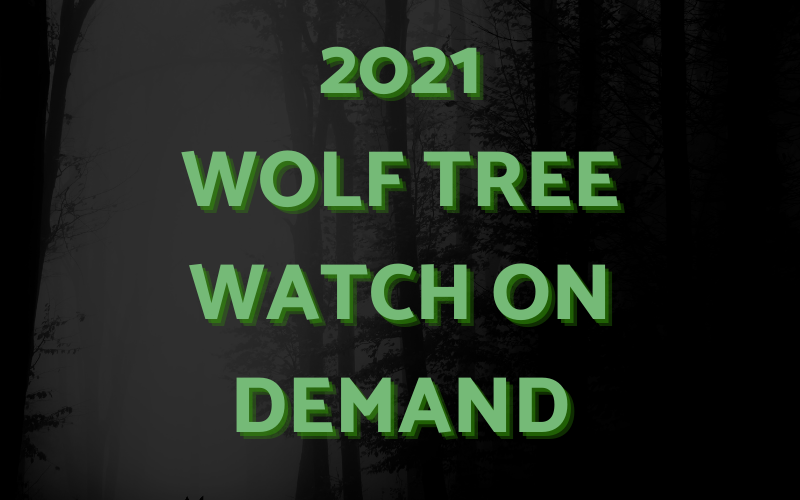 Starting today, Sunday, January 24 through Sunday, January 31 at 11pm, The Wolf Tree Film Festival will be available to Watch On Demand. This allows you, the viewer, to watch the festival at your leisure over the course of the next week.

To purchase tickets, please visit: https://www.bingewave.com/f/wolf-tree-film-festival. Be sure to create a password at the end of your purchase which will allow you to access your tickets anytime through the Account tab once you are logged in.

If you have any questions, please email jdarling(at)frankecenterforthearts(dot)org.