Jake Kershaw, stellar high school student and music sensation on the brink of stardom, takes to the orange chair to share his inspiring story in this month’s YPC Spotlight feature.

Special thanks to our fellow Youngish, Erica Eash (interviewer & photographer) for putting this piece together, and to the Kershaw family for graciously allowing us into their homes. 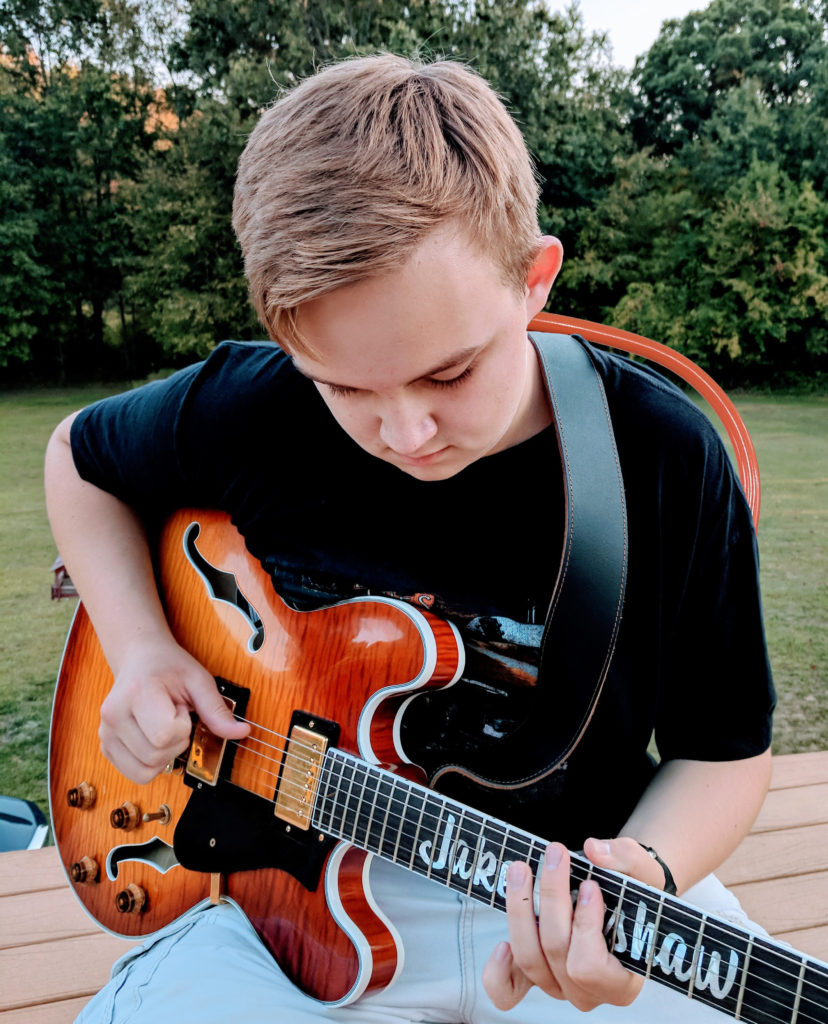 YPC: You’re a very talented musician. How old were you when you started playing the guitar?

Jake: I was about 9 years old when I got my first guitar and I started listening to all of the old 80’s hair bands. But I was listening to the songs to really understand them, it wasn’t just for the sake of listening to music. And then after I got an electric guitar, that’s when this all just started happening.

YPC: I imagine this level of skill requires a lot of practice. What is your schedule like?

Jake: Right now I rehearse with the guys at least once a week. Sometimes I’ll play the guitar while I’m watching tv, or I’ll hear John Mayer do something and try it. I tend to just play whenever I really feel like it, but I used to practice maybe 10 hours a day. I would shut myself in my room and listen to people do guitar riffs that I liked and try to figure it out…come out for a sandwich or something at lunch, then go back to practicing!

YPC: Wait, does that mean that you’re self taught?! You just figured this all out by ear on your own?!

Jake: I took lessons for about a year. But yeah, for the most part it’s been by ear…and I’ve watched A LOT of videos, haha!

VIDEO: Jake killin’ it at Blues at the Bohm, a monthly event at
Albion’s Historic Bohm Theater this July.

YPC: How many guitars do you have?

Jake: I have 9 electric and 1 acoustic.

YPC: Do you have a favorite?

YPC: I’m sure that’s a moment that will never be forgotten. You’re also a 4.0 student and starting to perform quite regularly. How do you manage it all?

Jake: It’s a lot to juggle. Especially this year since I’m getting more attention, I get picked out of school more! I talk to the teachers beforehand so I can get all my work done. Sometimes I get home, do my homework, rehearse for three hours and then do my homework again. It’s definitely a balance!

YPC: What are your plans after high school?

Jake: I’ve thought about this for a while! I would really love to be a musician. This is too fun not to do. But, I’ve always been told to have a back-up plan. I met Bill Chrysler, he’s been the sound engineer for John Mayer and Maroon 5. That made me think I’d like to go to college to learn about sound engineering. So it could be college first, but if I make it like I’m hoping I do, a musician on the road!

YPC: Do you get nervous before performing?

YPC: Haha well it’s pretty hard to look like an idiot with your level of talent and charisma. What’s the most memorable moment of your career thus far?

Jake: I’ve done some really cool things, but performing for Blues in the Mall at the DeltaPlex was amazing. I broke the attendance records with upwards of 3,000. I didn’t even know 3,000 people knew about me! Playing with Johnny Lang was another big one.

YPC: You’ve performed at Blues Fest here in Marshall. Why do you think an event like this is important? 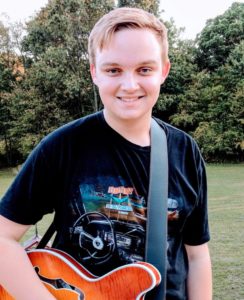 Jake: It brings the community together. That’s a lot of people and community right in one place. And it’s important to keep the blues alive. Things need to evolve and things need to change, but you still need to know where the roots are from. It’s cool for preserving the blues history, but also great for opening new doors for the future of blues.

YPC: If you could perform with anyone who it would be and why?

Jake: I would like to perform with Joe Bonamassa. He’s been so influential in what I’ve done, introducing me to so many other artists. He’s such a groundbreaking guitarist that’s doing things the way musicians want it to be done. I would love to get advice from him on what an inspiring artist like me should do.

YPC: You just released an album. What’s your favorite song on it?

Jake: “Sitting in the rain”, which is funny because it’s the last song that I wrote and finished, but it evolved into something that was catchy. It’s really fun to play and it’s just different. I like the song and people like it too! 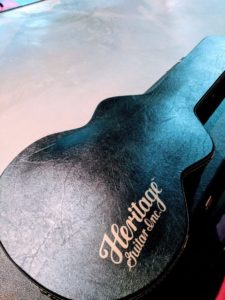 Jake: Chet Atkins said to always be the nicest guy in the room. I try to do that the best I can everywhere I go. I try to be as nice as I possibly can because without the fans, I would not be here. Be humble, be yourself, and be kind to people. That goes a long, long ways.

YPC: Last question – what would you say to a young child who sees you perform and says, “I want to be like him someday”?