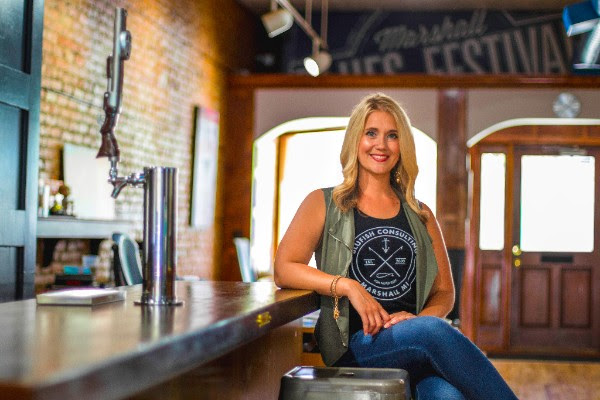 In this month’s YPC Spotlight we sat down with Erica Eash, who is not only a successful business woman, but also an amazing mother and active community member. Please read on to understand how she makes it all work.

YPC: How did you stumble into the career path of marketing?

Erica: My career path really started with my internship in college. At one point I was majoring in graphic design, but I ended up switching to advertising and minoring in writing. There was a time when I felt like I had wasted two years going through the art program, but that wasn’t the case at all! I got the internship in large part because of my background in both writing and design, and this skill set really has been invaluable throughout the course of my career because it makes me pretty versatile. That internship then turned into a full-time job when I graduated, and they even reimbursed my tuition for grad school. That’s how it all began! Life lesson for the younger audience = take internships seriously! Paid or unpaid, they can have big payoffs.

After finishing grad school, I moved out west and lived in Los Angeles and Phoenix for a few years before coming back. Although there’s still a part of me that misses big-city life, those experiences definitely gave me a larger appreciation for small towns like Marshall.

YPC: What hat(s) do you get to wear at BluFish and what are you most proud of while being a part of the BluFish team

Erica: I currently work at BluFish Consulting as an assistant account executive and project manager, but I also do a little bit of design and copywriting. I get to wear many different hats, which allows me to use all of my strengths, so that’s really gratifying. It’s a really fun job because not only is it a creative environment, but every day is different, which I love. I also get to work with amazing and genuinely good people (and no, I’m not just saying that because they’re most likely going to be reading this haha). I feel really fortunate because it’s not everyday that you get to work at a place like this, and it’s even more rare to find it in a small town. I would say I’m pretty lucky!

The thing I’m most proud of from my time at BluFish so far is winning 18 ADDY awards this year, a few of which went onto the regional and national competitions. The ADDY’s are the most recognized in our industry, so that was really exciting to have been involved in so many award-winning projects.

YPC: I know you have a daughter who is a huge part of your life. How does working at BluFish allow you to keep the awesome mother-ship going? 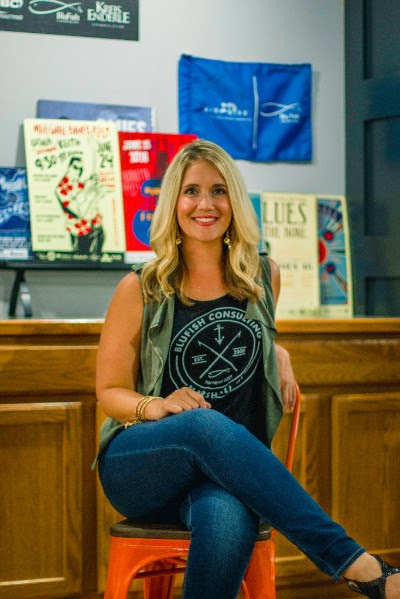 Erica: I know that a lot of women can relate when I say that being a mom is like one big juggling act! Do you sometimes feel the pressure of juggling with daggers? Yes! Haha!! But it’s amazing! As a full-time working mom and a single parent, I’m really fortunate to work local because it allows me to do things like drop my daughter off at school in the morning, take her pet bunny in for show & tell, go on field trips, she even swings by the office and drops me off a cookie from Louie’s, haha! Those are all small, but important things that I can do because I’m here in town, I have an employer who values family, and because we have such a great support system of family members and friends here. I definitely can’t take all of the credit for keeping the mother-ship afloat! It truly is a team effort.

YPC: Why do you like raising your daughter here in Marshall?

Erica: Marshall is such a great place to raise a child. After having lived in larger cities, I really appreciate how safe it is and how we’re surrounded by such good people. I think we all watch out for the safety of our kids here, whether you know them personally or not. I like knowing that when my daughter is older, if she’s walking down the street by herself, there are other people watching out for her best interest in times when I’m not going to be there. That’s a benefit of being in a small town that you just don’t find in larger cities. Marshall is also a cute place with so much character. There’s a reason why we have so many people here that leave and come back to raise their families. It’s a nice place to call home.

Erica: I think it’s safe to say that the sum of all parts = one big firecracker contained in this little tiny body! Haha! She’s smart, super quick-witted and so funny (I wish I could think of jokes/come-backs as fast as she does. She’s got me beat there for sure!). Definitely a mixture of sugar and spice, with a little bit of Dennis the Menace thrown in there! She keeps me on my toes to say the least, and she’s going to make a really awesome woman someday, no doubt about it.

YPC: What’s one thing you hope to instill in your daughter?

Erica: I try to show her on a daily basis that she can do anything, no matter how large or small! From little things like putting a piece of furniture together or tackling a wasp’s nest, to larger things like what it looks like to be a career woman with a good work ethic. I want her to learn, by example, how to be a self-sufficient female! Disclaimer, we did end up having to call my parents to help with the wasp’s nest because I found out it really was a two-person job, but she at least saw me TRY to handle it on my own. She even chanted, “Go Mommy, go!” from the car the whole time. You can’t beat that, HAHA!

YPC: Hypothetically speaking, if you were able to give Tay or any child only one piece of advice, what would it be?

Erica: One piece of advice is tough!! So I’m going to give two 🙂 Have a curiosity about the world that inspires you to dream big, and have the confidence to go for it! Don’t let self-doubt or fear of the unknown creep in and prevent you from doing something amazing. Because really, what do you have to lose? There is no such thing as failure if you take the time to self-reflect on your experiences and make sure that you learned from them. You don’t want to look back when you’re 80, or 50, or even in your 30’s and say, “I really wish I would have done that.” I think that will haunt a person more than going for it ever will.

The second part of this is to be present! Be engaged with the real, tangible world around you! This is what’s going to make your journey of “going for it” meaningful. Doing so will help you find those unexpected blessings that you would have missed otherwise, no matter how large or small they may be.

YPC: Do you have an example?

Erica: One time I was on a work trip and it seemed like everything was going wrong with my flights (well, maybe not everything because we didn’t crash, but the process was definitely overcomplicated, haha). I was in a cab on my way to the airport and I had a driver who was this sweet, little old Indian man. He asked me how things were going and I mentioned how I was frustrated because I had a four-hour layover. He said to me, “Just relax. Have a drink. Get some food. Talk to a stranger. There are people in this world who are stuck in terrible places. They don’t know if they’re ever going to get out, and if they do, they don’t know where they’re going to go! You are just stuck in an airport, and you know that in four hours, you get to go home.”

That was a life-changing conversation, and one that I often think about when I feel like I’m losing perspective! Had I not been present and not taken the time to actually engage with and talk to my cab driver, I would have missed that whole moment. Did I expect this to happen when I stepped into that cab? No! Yet a five-minute conversation with a complete stranger turned into something that I still reflect on four years later. Small blessings like this are everywhere. You just have to be present enough to experience them. 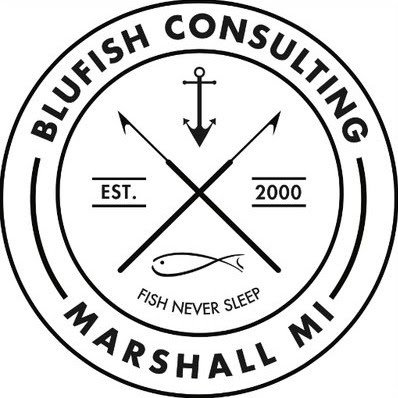 Thank you, Erica, for giving us a glimpse into your everyday awesomeness! We are so happy you chose Marshall to be your home once again!

A big congrats to the BuFish team for the 18 ADDY awards they received earlier this year! We are fortunate to have such a strong, dedicated, and talented group doing such amazing work in our small town.

And thank you to the Youngish crew that put this great Spotlight together: Margaret Oerther, interviewer extraordinaire, and Tylere Presley (of Tag Along Media), the man behind the camera lens.