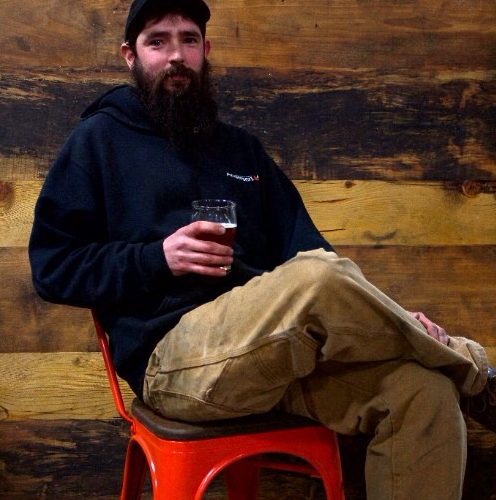 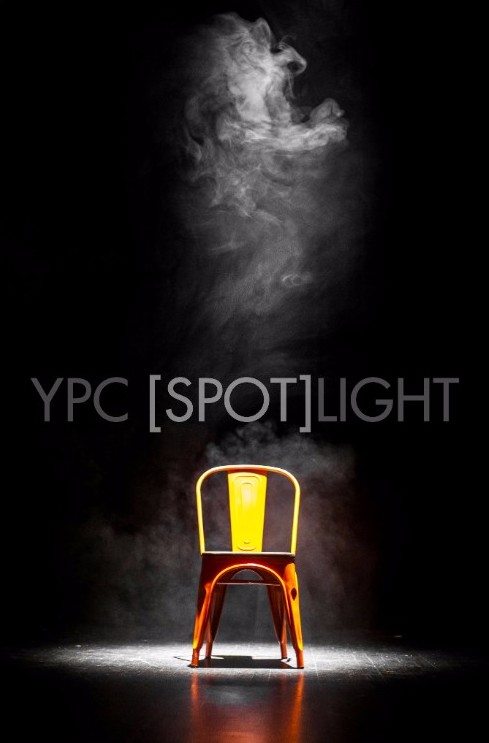 In this month’s YPC Spotlight, we talked to Adam Hecox, hard-core peace-loving hippie and woodworker extraordinaire.

Adam’s a Marshall-native who spent his 20’s exploring places like Yosemite, Detroit, Orlando, Alaska, and Panama, before moving back to Marshall. The 35-year-old is the lead craftsman behind Shaded Pony Woodworks, a new subset of the ever-expanding Dark Horse Brewing Company’s line of products. 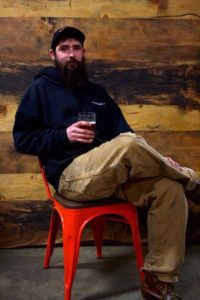 YPC: Where are you originally from?

YPC: How old were you when you left Marshall?

AH: Western [Michigan University] for a year. Then moved out to Yosemite a couple days after school ended. Then started drifting around…went straight to downtown Detroit after that. Lived in between Woodward and Cass Boulevard. Ended up moving back to Cali. Stayed out there on and off. I spent some time in Orlando, and some time in Alaska and moved out of the country to Panama City, Panama.

YPC: How long were in you in Panama City?

AH: Six months, then Florida for a year or two and then back to Cali for seven years straight before I moved back here.

YPC: What brought you to woodworking?

AH: I’ve always kinda been interested in it. I like the whole creation process, to take a tree and turn it into something, where you have something that’s living out in the forest, it gets cut down, and turned into something you can use, is pretty sweet concept to me.

AH: I would mess around with my Dad, he had interest in it, but it was more of a hobby for him. He did a few pieces over the years.

AH: Yeah, my Dad was real big into art and woodwork, but when the kids came and time got short, it fizzled out. He would let me have a bunch of boards to play with and figure it out.

YPC: So, you had a basic understanding of woodworking before you started out professionally?

AH: Yeah, I dealt with it in school a little bit. Really, I got into the construction side because I could always get construction jobs as a college drop out, you know, doing construction. I learned basic construction real early on by random chance through odd jobs. I found a focus in that. It’s hard to find a shop like [Shaded Pony Woodworks]. It’s a one-in-a-million opportunity. I wasn’t searching this out. I was moving back here and got in contact with Aaron [Morse] and did a bunch of hard construction with him. I brought up the idea of getting [Shaded Pony Woodworks] going, because I knew he was into all sorts of things. He’s a creator and an artist himself. 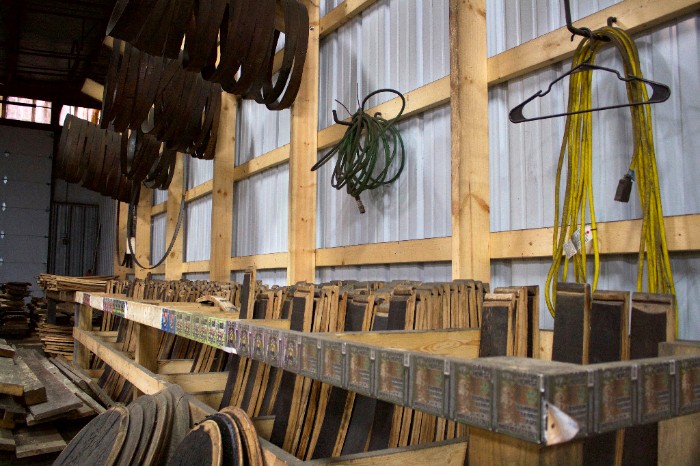 YPC: So, getting on that track, why did you come back to Marshall?

AH: I wanted to be around my family and my Sister and her kids. After drifting around for so long…after living in California, I was making great money, but I still couldn’t buy anything. I could get a 70’s double-wide trailer in the middle of Mariposa County.

YPC: Right. So, instead of going anywhere else, you were like, “might as well go back to Marshall”?

AH: Yeah, I looked at a lot of project houses here and then decided f-this, I’m not moving back here. I came back visiting and found this house (that I’m living in now). We found an Enbridge house online and, the price was in the right range, so we met with the realtor that Friday. I did everything through this app Scanner Pro. I owned the house for several months before moving back.

YPC: What is your favorite thing about Marshall?

AH: There are some amazing gems of humans here. There’s some really badass architecture. I like that. I like the history of it. It’s just a good place. I don’t have kids, but it’s a good community. It really is.

YPC: As a child growing up in Marshall, what did you value most about your childhood and growing up here?

AH: Being able to ride bikes with my buddies. Anywhere we wanted in the town. Our parents were like, be home at a certain time. It wasn’t like you couldn’t go past this block. It was, dinner is at 7. Be home at 6:30 to wash up. It’s a good town. There are a lot of cool features in this town. As I got a little older, I started looking around at the houses and still there are so many things that I missed. Like, “what kind of trim do they got going on up there!?” There’s a lot of old history here too. I’m completely fascinated by the underground railroad situation here.

AH: Woodwork. Drink. Stare at my fingers. I got all ten, thank God. I like collecting antiques and working on projects around my house.

YPC: What was your favorite woodworking project?

AH: Historic preservation for the Awanhee Hotel [in Yosemite] though the Park Service. For a Federal piece of property, there are books of guidelines. They would send us to classes for hours and hours, because everything had to match exactly to the [original]. It wasn’t just one thing in particular. I had to redo the mosaic tilework in the hotel lobby. It was fascinating because it was difficult. You had to search a lot to do that tilework. I searched for months. I went around to cities to find a match for this weird rubber tile. After two months, I found this company in Ohio that makes rubber for military boats, they would use that for tiles on the boats. It was a perfect match. The doors at the Dark Horse were also pretty cool. I loved that project. I got to work with a world class blacksmith, John Rayer.

YPC: Describe your life using a title of a film.

YPC: What would your pet(s) say about you if we asked them?

AH: Kuna [his Arctic Wolf/Huskie Mix] calls me by my first name. Thank god Kuna can’t call me on my cell phone. Because she would have me all hemmed up on all sorts of stuff.

You can see Adam’s artistry for yourself by visiting Shaded Pony Woodworks, located at the Dark Horse Compound, and we thank him for sharing his craft and creativity with our community!

Special thanks to Liz & Carlos Figueredo for bringing this month’s Spotlight to life, and to Adam and the Dark Horse team for welcoming them into their shop.